Zeus: a Story of Recovery, Hope and Home in Indianapolis 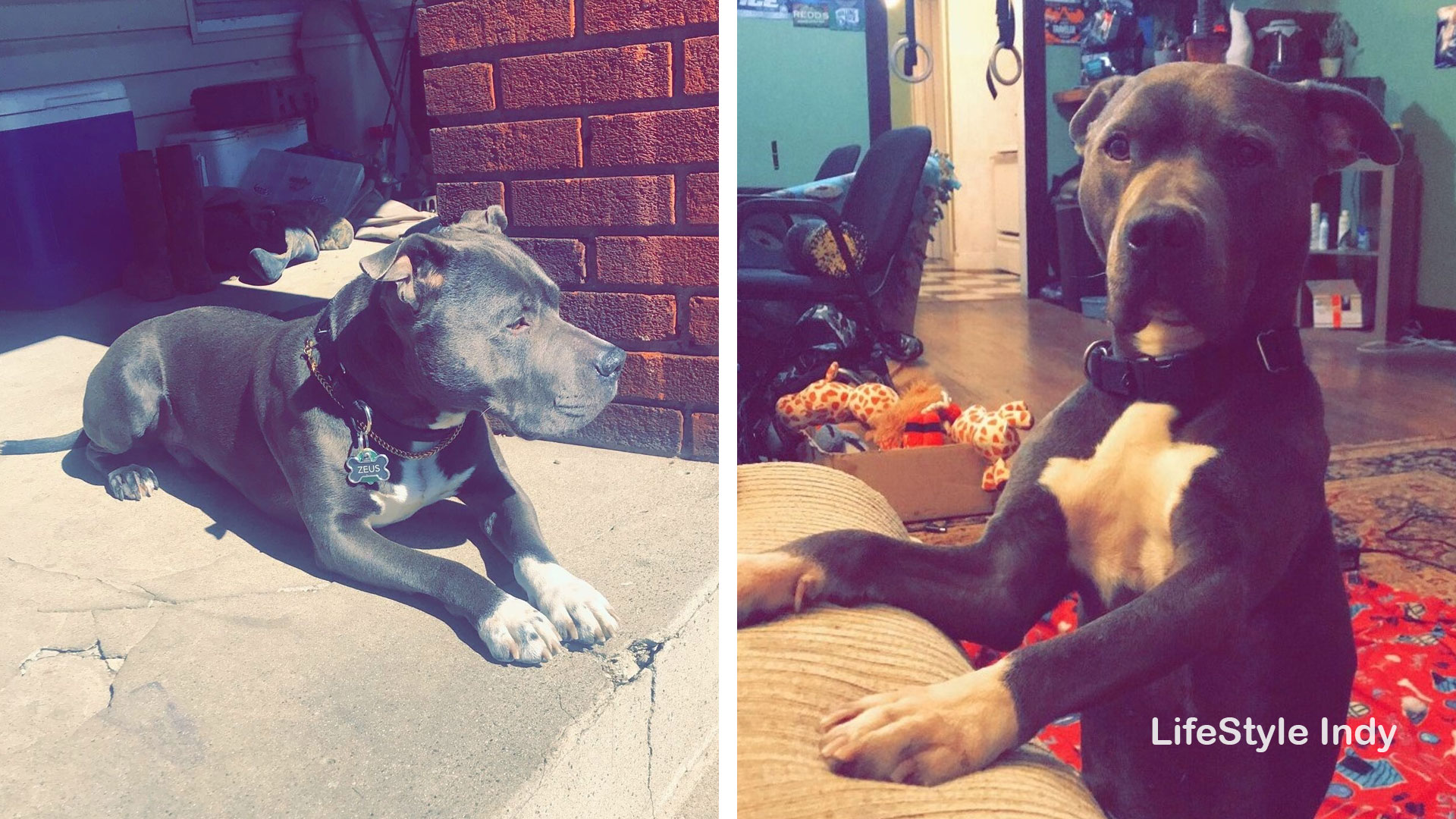 In April 2019, a dog was taken to Indianapolis Animal Care Services after an officer had been to his home. This dog’s name was Zeus, and this story is about how Zeus found hope and home in Indianapolis.

Hope and Home in Indianapolis

His owner had passed away several days — maybe weeks — prior, and Zeus was alone in the house. His life suddenly changed. Zeus was shut down, scared and stressed. He was fearful of people yet didn’t want to be left alone and didn’t want to be confined indoors, but also couldn’t be left outdoors alone for any amount of time. Due to his emotional trauma, he needed in-depth behavioral rehabilitation. In May 2019, IndyHumane took him in and began the long journey to recovery.

Zeus, a Story of Recovery

Our canine behavior team and advanced canine volunteers worked tirelessly with Zeus. They would spend long stretches quietly sitting with him until he felt safe enough to settle. Zeus was anxious about being inside, and he was only able to settle when outside in a large yard with a handler in the yard with him. He was also very uncomfortable with petting or handling. We slowly introduced him back into an indoor setting, and had great success giving him access to a fenced yard so he could move between indoors and outdoors as he made the choice to do so. We were able to work on socialization, using lots of treats to make positive associations, and playing with squeaky toys helped him become more comfortable with people.

Zeus began meeting new people and greeting them with tail wags and seeking attention. With time, lots of positive socialization and the right combination of behavior modification, Zeus had made a huge amount of progress and was ready to find his new forever home. On September 18, 2019, Zeus found his forever home. Six months later, we followed up with his adopter, Tony:

“Zeus is currently thriving and living his best life. He has been weaned off all anxiety medication and is the happiest and most well-behaved dog. By far his favorite activity is walks, so much that we go on about three a day. That has become his routine and he’s not happy when he doesn’t meet his quota. When I started fostering him, I had no idea what to expect. However, it only took a few days for him to open up with me and quickly become by best friend. Once that happened, there was no way I was going to be able to give him back. I knew I was his forever home.

My advice to anyone adopting a dog with special behavior needs is to be patient with them and know their limits. Zeus is one of the most well-behaved dogs I know. However, I do know his limits and do not push those boundaries with him. All dogs are special and worth adopting.”

At IndyHumane, we believe every animal deserves a second chance — or third, or fourth. We are so grateful to our volunteers, staff and supporters who make these chances possible for dogs like Zeus.

Zeus was an extraordinary and unique case, but there are countless dogs like him who still need their second chance at life, love and happiness. You can visit indyhumane.org/medspon to see animals currently at IndyHumane who need special care. If you’re interested in getting involved to help dogs like Zeus, you can volunteer, foster — or, of course — adopt at IndyHumane.

About the Author: Gabby Hoyt