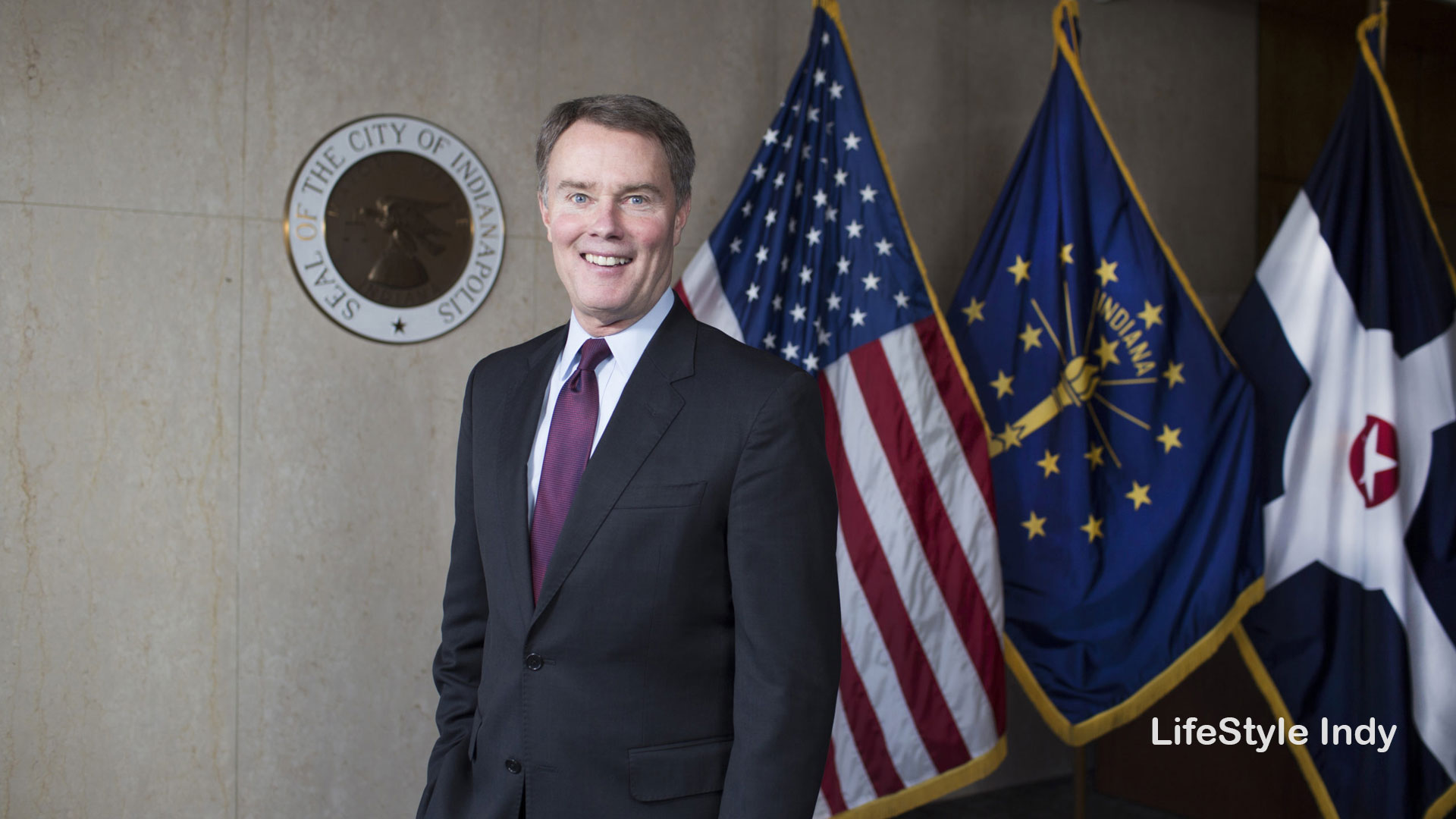 “I learned a valuable lesson from my first political defeat,” Hogsett told me from the mayor’s conference room on the 25th floor of the City-County Building, where a majestic view of north-west Indianapolis offers an introspective panorama of the city’s wonders and challenges.

Hogsett, who was born and raised in Rushville by two highly-motivated and gifted parents, seems grounded in his Hoosier roots even as he serves the public good. “My parents married later in life. My father worked at Allison Transmission and drove an hour each way to work, and my mother was a dedicated social worker who had graduated from college during the Great Depression. I owe much to their example.”

Hogsett’s early dreams centered on the typical Hoosier hysterias, including a desire to be a lead singer in a rock band and playing point guard for the Indiana Hoosiers basketball team. But after graduating from high school in an idyllic rural community and then earning a law degree from Indiana University, Hogsett’s attentions and aspirations quickly turned to the political arena.

“My parents were not political, but I was good friends with Evan Bayh in college and became interested in politics when I helped with his campaign back in 1986. And then I ended up filling out his term as Secretary of State from 1989-1990.”

But while Hogsett can count many successes in the political arena, he wants to remain balanced in his approach to life. “I want to be a good father to my children,” he said, “and I hope that I can use my position well to serve the city of Indianapolis.”

A quick glance at the clock underscores the relentless pursuit of time: a full schedule that presses the mayor of Indianapolis 24/7. “That’s the biggest challenge of this job … finding a balance of work and life.” 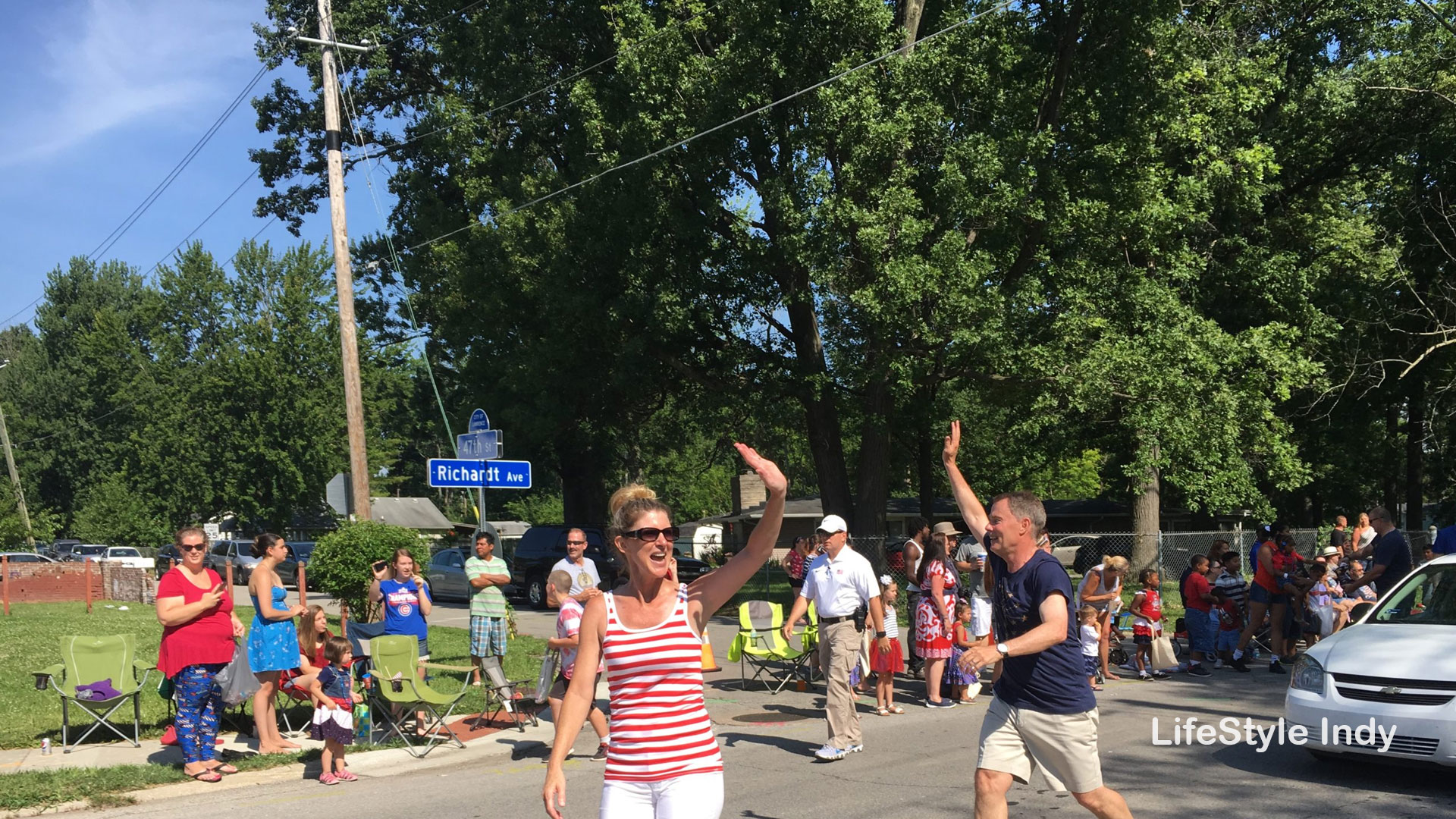 And how does Hogsett achieve this balance? “I still entertain the idea that I’m a runner,” he said. “In fact, earlier in life I was a marathoner. But now I have to stick to backpacking and hiking. I still love the outdoors — another one of the throwbacks from my scouting days — and I try to find the outdoors as often as I can.”
As a 61-year-old baby boomer, Hogsett shows no signs of slowing down. He remains energized, eager, engaged in public service. It is apparent that he loves the city of Indianapolis and is centered on making the city the best it can be.

But his years have also taught him valuable lessons, both inside and outside the political arena.

“I think baby boomers, as a generation, have discovered that the process of maturation is not the same as it was for our parents’ generation. Our ideas about retirement look different — and the process by which we arrive there — and I feel it is important to learn and grow as we age.”
In fact, Hogsett remarked that he has learned more from his two years as mayor of Indianapolis than he has from any other two-year period in his life. “I hope as we get older, we can also get better,” he said.

“I’ve gone to school a lot,” he added, “but the process of learning and growing doesn’t end.”

Now, as an older adult and an elder statesman, Hogsett may have insights that he didn’t possess earlier in life. And, while he hopes to serve the city of Indianapolis for a full two terms, he’s never limited his learning and growing to an office. “It may sound like a cliché,” he said, “but if I had advice to give to the younger generations it would be a reminder that life will always throw curveballs. We are going to fall. Life will take sudden turns. But we get up, dust ourselves off, and move forward.”

His Own Sunny Twists and turns

This bit of advice is, indeed, how Hogsett has experienced his own sunny twists and turns.

From atop the City-County Building overlooking the grand city on a sunny day, this is no small observation. It might even be a bit of Hoosier wisdom for the ages.
And for someone who has spent most of a lifetime in public service, other insights regarding our current political climate might well be taken to heart.

“I’ve always felt that every politician should have to lose one election before taking office,” Hogsett noted. “That way, no one forgets what is important.”
“When people get into office easily,” he added, “I think it’s only natural that they narrow their scope in office and focus on short-term fixes that can get them re-elected. We need more people who can focus on long-term solutions to systemic problems instead of quick fixes.”

As a final insight, Hogsett reiterated another piece of wisdom for young and old alike: “I’ve always learned more when I’ve lost than when I’ve won,” he said.
It may sound like a high ideal, or perhaps a bit of wisdom from one baby boomer to another, but in the long term, the light can hold across the generations. But, then, Hogsett tends toward the sunny-side of life, and he seems always eager for the new day.