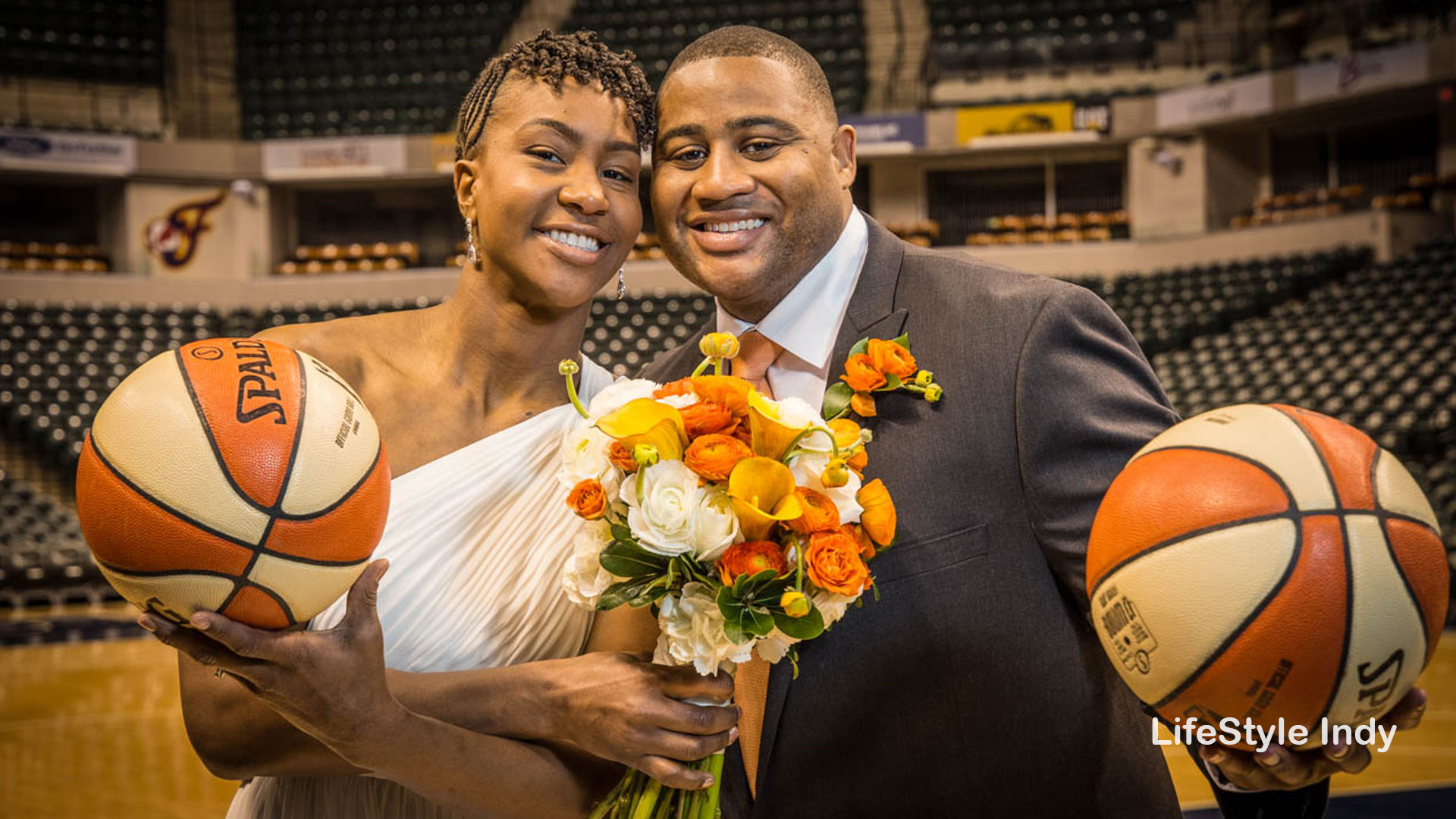 Tamika Catchings, retired Forward for the Indiana Fever, has traveled the world. She has played basketball in faraway places like Taiwan, Brazil and Mexico, just to name a few.

Tamika Catchings, retired Forward for the Indiana Fever, has traveled the world. She has played basketball in faraway places like Taiwan, Brazil and Mexico, just to name a few. She’s participated in the Olympic Games in Athens, Beijing, London and Rio de Janeiro, where the USA Women’s Basketball team took home the gold medal all four years. And she has won a world championship gold medal, an NCAA title and a WNBA championship.

“It’s central to everything,” Tamika said, referencing her home. “I love being here.” She was born in New Jersey and played college basketball in Tennessee, but the majority of her life has been spent here in Indianapolis. Of course, it made sense to live near the home base of her team when she played for the Indiana Fever, and now that she has retired, she has plenty of roots to keep her here.

The foundation that Tamika started in 2004, Catch the Stars, is based in Indianapolis and has worked in outlying communities promoting “literacy, fitness and youth development,” according to its website. In 2013, a groundbreaking ceremony was held for the Tamika Catchings Court, named in her honor as part of a $1.1 million initiative to provide new or improved basketball courts in and around Indianapolis. The court is located at Thatcher Park on the city’s west side, and in 2014, it officially opened for use by the public.

“Indiana has been absolutely amazing,” Tamika said, smiling. She stated that she currently has no plans to leave the area despite the fact that her foundation does intend to branch out to other states later this year.

So far, Tamika has enjoyed retirement. While she loves working out, the strenuous trips to the gym are now an option for her, and no longer a requirement to prepare her body for the intense physical demands of her career. When asked what she misses most about her basketball career, she said, “That team atmosphere and that closeness. I think I’ll miss being on a team the most.” She has, after all, been on one team or other since the tender age of 5.

She was raised by Baby Boomer parents, who instilled in her the drive for greatness, motivation and courage reticent of that generation. Her father, former NBA player Harvey Lee Catchings, and mother Wanda Catchings refused to allow Tamika’s hearing disability hold her back and instead encouraged her to work harder, and go further. Tamika is grateful for their support. “My parents are awesome,” she said. She carries their influence with her throughout everything she does in her life, and will continue to do so as she pursues post-retirement plans, saying, “If I’m going to do it, I want to be great at it.”

To hear more of Tamika’s fascinating story, check out her new book, “Catch a Star: Shining through Adversity to Become a Champion.”

About the Author: Audrey Coots