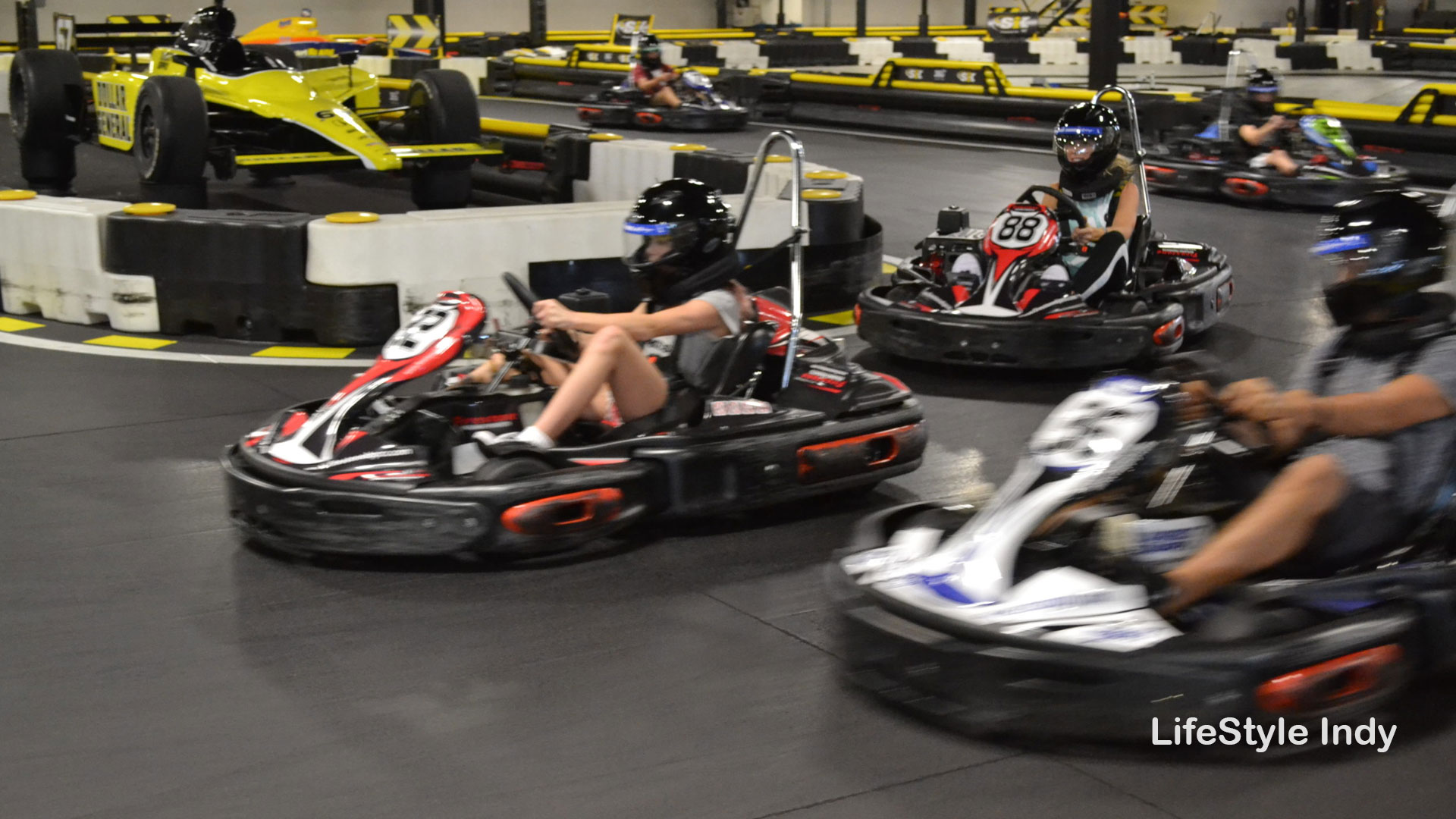 Buckle your seatbelt as we head into the fast lane of the lifestyle of Sarah Fisher, which has come full circle though making a few hairpin turns along the way, from go-karts to Indy Cars.

Buckle your seatbelt as we head into the fast lane of Sarah Fisher’s lifestyle, which has come full circle though making a few hairpin turns along the way.

In this interview with Sarah, we’ll cover her mindset as a driver, team owner, business owner and how she lives by her “F”isher” heritage, which is Fast – Focus – Family!

To understand her mission in life, let’s go to the start line. While most kids’ first experience with wheels is on a bicycle with training wheels, Sarah took to a different kind of independence. See, her parents actually met while racing go-karts, so it only made sense they put their daughter behind the wheel of one. So by age 5, she began racing quarter midgets and karts with her dad until she was 18. And she not only competed, she was a 3-time World Karting Grand National Champion.

That experience led to IndyCar. By age 19, she became the youngest woman ever to qualify for the Indianapolis 500. Sarah flourished as an IndyCar driver. Over the years, with laser focus she achieved top 10 positions in numerous races and became the first women pole-sitter with a time of 221.390 at 2002 Belterra Casino Indy 300 at Kentucky Speedway.

With all her success, one achievement Sarah seems most touched by is winning Most Popular Driver designation four times in IndyCar and NASCAR series. “It’s special because it’s about the fans who voted,” Sarah says. “My mom’s a teacher and regardless of whether I raced cars, or whether I was a doctor … her biggest thing was to do it with dignity, do it while being happy, with sincerity and authenticity. I treated IndyCar racing the same way so fans can relate, because when they walked up to an autograph table or in a garage, I’d spend time with them. I appreciated everyone who came to watch our series and our races.”

After nine starts in the Indianapolis 500, Sarah also stepped into the role of team owner. In 2008, she formed her own team, Sarah Fisher Racing, discovering a new level of self-empowerment. “It was awesome to own cars and drive them for myself! You can make the decision and implement it right away. I led laps at Chicago and then I turned 30 and it’s like all right: time to have a family.”

And, 2011 birthed a banner year for Sarah. She stepped away from the role of driver and into her new roles as team owner and mom. With the newborn in her arms, she also delivered an IndyCar champion, Ed Carpenter.

Sarah says, “Ed’s fantastic on ovals and we were very prepared – Kentucky was one of our favorite places and one of his favorite places as well, and to bring home a win there and to be holding my 3-week old Zoey was just incredible.”

Surviving in the racing world is quite a feat, let alone being one of the few women in this arena. I asked Sarah, “What’s the future for women in racing?” She believes in women coming up through the ranks racing midgets and formula cars and competing in Europe. “It’s just the right opportunity to give one of those individuals the spotlight ride at the Indy 500. There’s lots of talent out there – it’s just a matter of developing at the right time, with the right program – to be prepared to give them a good bottom line to succeed at Indy.”

Now with two children, Zoey and Danny, Sarah’s lifestyle took another turn. Wanting more family time, she stepped away from being a team owner to return to karting, opening Speedway Indoor Karting, where everyone can join in the fun. Kids, adults and corporate teams can race on its two tracks: European-style and banked oval. The location has a 120-seat conference room for team-building workshops and the 1911 Grill for clients and general public. Sarah quips that karting brings out camaraderie. “It’s fun to see quiet individuals say I’m not that fast, and then they work their way to the front – it drives the competition.”

So karting once again drives Sarah back to family. So does she see her kids in IndyCar? She forecasts, “I know they’ll be in racing. Whether or not they make it to IndyCar, that’s a tough opportunity to secure. Whatever they want to do, whether it’s my daughter wanting to be a gymnast or my son wanting to be a racecar driver, we’ll be there to help them along the way.”

And, someone there for Sarah along the way besides her parents was her role model, aerospace engineer and IndyCar driver Janet Guthrie. Sarah says Janet advised her to be smart, over-prepare, know her tools and know her car.

Sarah shares,“She came to watch one of my first Indy 500s and she’s incredible. She’s smart, she’s a physicist, the first to do Daytona and Indy. To have done what she did in the 70’s, that’s something to admire.”

So these days, you can catch Sarah at Speedway Indoor Karting or find her at the Indianapolis 500 leading the pack: “IndyCar refuses to let me stay home – that’s my joke. I still go to the races – I drive the pace car part-time for half the races. I’m still on the track in the Indy500, just in a different capacity!”

Fisher holds many ‘firsts’ for women in racing.  Her highlights include:

About the Author: Sheryl Matthys