Nate McMillan: Steady at the Helm 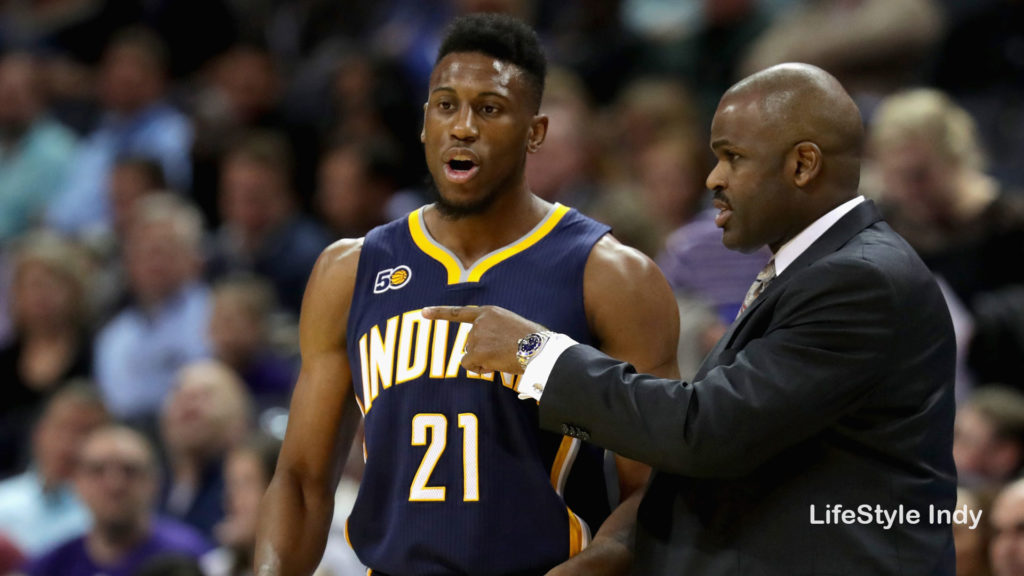 Good vision and a serious approach have been the driving forces behind Nate McMillan long road trip of success at every level.

Nate McMillan, now in his third season as head coach of the Indiana Pacers, agreed to a multi-year contract extension with the team in October, but the man patrolling the sidelines for the NBA’s Eastern Conference upstarts doesn’t really look like he’s having all that much fun.
Don’t let it fool you.

The coach who keeps the smile under wraps understands the perception. “People say they can’t tell by the way I look whether we’re up by 20 points or down by 20. But I’m having fun because my fun is all about taking care of business. I can’t be cheesy on the sideline; it’s not me, but I’m having a blast because I love seeing things come together just the way I envisioned it. It’s rewarding.”

As a youngster, McMillan persisted “in the shadow of more talented athletes,” rising from unheralded status in high school hoops to playing for Jim Valvano at North Carolina State, where he helped the Wolfpack to two consecutive NCAA Tournament Elite Eights.

After college, he was an incredibly productive pro, spending his entire 12-year playing career with the Seattle Supersonics, leading them to the playoffs 11 times. In a 796-game body of work, he scored more than 4,500 points, grabbed 3,000 rebounds, handed out 4,700 assists, and pilfered the ball some 1,500 times. He led the NBA in steals per game in the 1993-94 season, was named to the NBA All-Defensive Team twice, had four career triple doubles, and shares the NBA rookie record for assists in a single game with 25. His No. 10 jersey was retired by the Supersonics, right alongside the ones worn by Seattle greats Fred Brown, Jack Sikma and Lenny Wilkins.

When Nate’s playing days were over, his work ethic and his feel for the game led him to seven years of coaching the same team, and by the time his 19 years of service to the franchise were complete, he was known as “Mr. Sonic.” 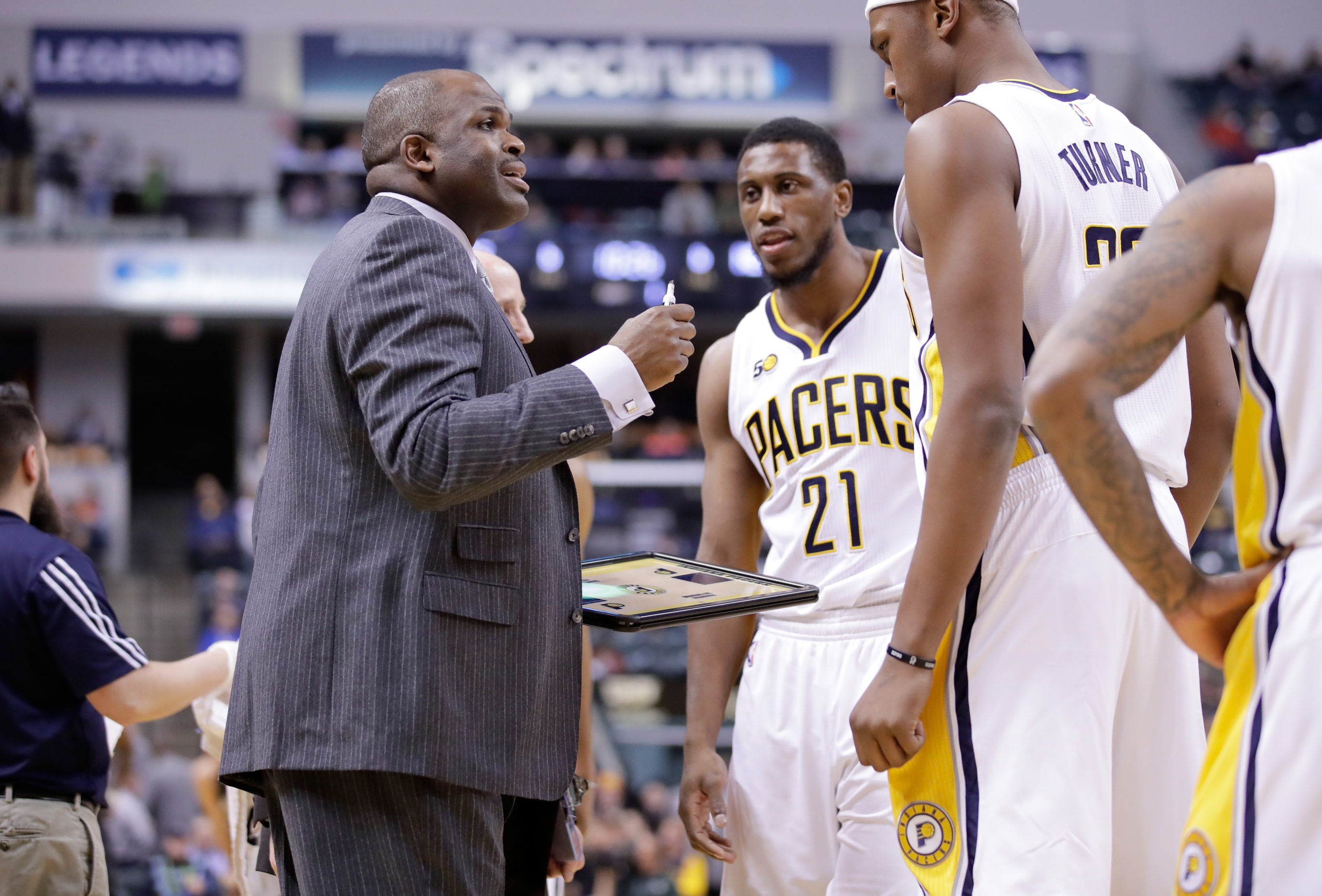 INDIANAPOLIS, IN – JANUARY 05: Nate McMillan the head coach of the Indiana Pacers gives instructions to his team during the game against the Brooklyn Nets at Bankers Life Fieldhouse on January 5, 2017 in Indianapolis, Indiana. NOTE TO USER: User expressly acknowledges and agrees that, by downloading and or using this photograph, User is consenting to the terms and conditions of the Getty Images License Agreement (Photo by Andy Lyons/Getty Images)

A short time later, his steady hand helped redirect a team adrift in off-court drama when he took over as coach of the Portland Trail Blazers. The work required something resembling a hard-nosed approach, which earned him a very different title: “Sarge.”

The respect McMillan picked up along the coaching trail landed him a recurring role as an assistant on the USA Men’s National Team, which netted him Gold Medals in the 2006 FIBA World Championships and the 2008 and 2012 Olympics. He’s been selected, again, to join the coaching staff for the 2019-20 squad under Gregg Popovich.

And when Kevin Pritchard, President of Basketball Operations, was cornered into rebuilding the Indiana Pacers roster just prior to the 2017-18 season, it was Coach McMillan who quietly blended all the new parts into a pleasant surprise. The Pacers defied expert predictions of a steep decline, won 48 games, and demonstrated the consistency it took to be the league’s only franchise not to lose three games in a row during the 2018 calendar year.

McMillan’s businesslike approach is evident in his results, but it comes through more publicly in his post-game press conferences. The coach answers questions patiently and respectfully, even if the questions aren’t always particularly original, and how could they be in the grind of an 82-game season?  Clad in neatly pressed white dress shirts — a trademark — he is unfailingly thoughtful and measured in his replies. McMillan’s not one to ramble on.

He believes his biggest challenge as a coach is to be adaptable. “Every team is different. Players are different, and so much younger!” He says that what he wants most from his leaders is to set an example: “Do things right because they’re right … until they are right.” And after all these years of success in basketball, what he would still most like to achieve is “… an NBA championship or another Olympic Gold Medal, but (hint, Pacers fans!) I’ve already won three of those.”

Nate McMillan, in a word, is a pro. But there are other, even better, words to describe his character. When his No. 10 jersey was raised to the rafters in 1999, the Seattle Sun quoted him as saying, “I lived out my dream playing in the NBA, but never expected it would happen. I got $100,000 my rookie year, and I thought that was unbelievable. I never felt I was underpaid or that anyone owed me more.” And on the subject of retiring McMillan’s jersey, Wally Walker, then the Sonics’ president and general manager, added this: “It was obvious to do it. It was just a question of when. Loyalty is one word to use with Nate, but selflessness is a better one. He always thought of the team first.”

Coach McMillan has been humble, loyal and selfless as a Pacer, too, which goes a long way in explaining the team’s success. He has quietly led his team through every adversity, including the loss of his star player to injury in January. And as always, McMillan is more than happy to be the guy behind the scenes; let the likes of Myles Turner and Thad Young do the talking — and the smiling — on game day. 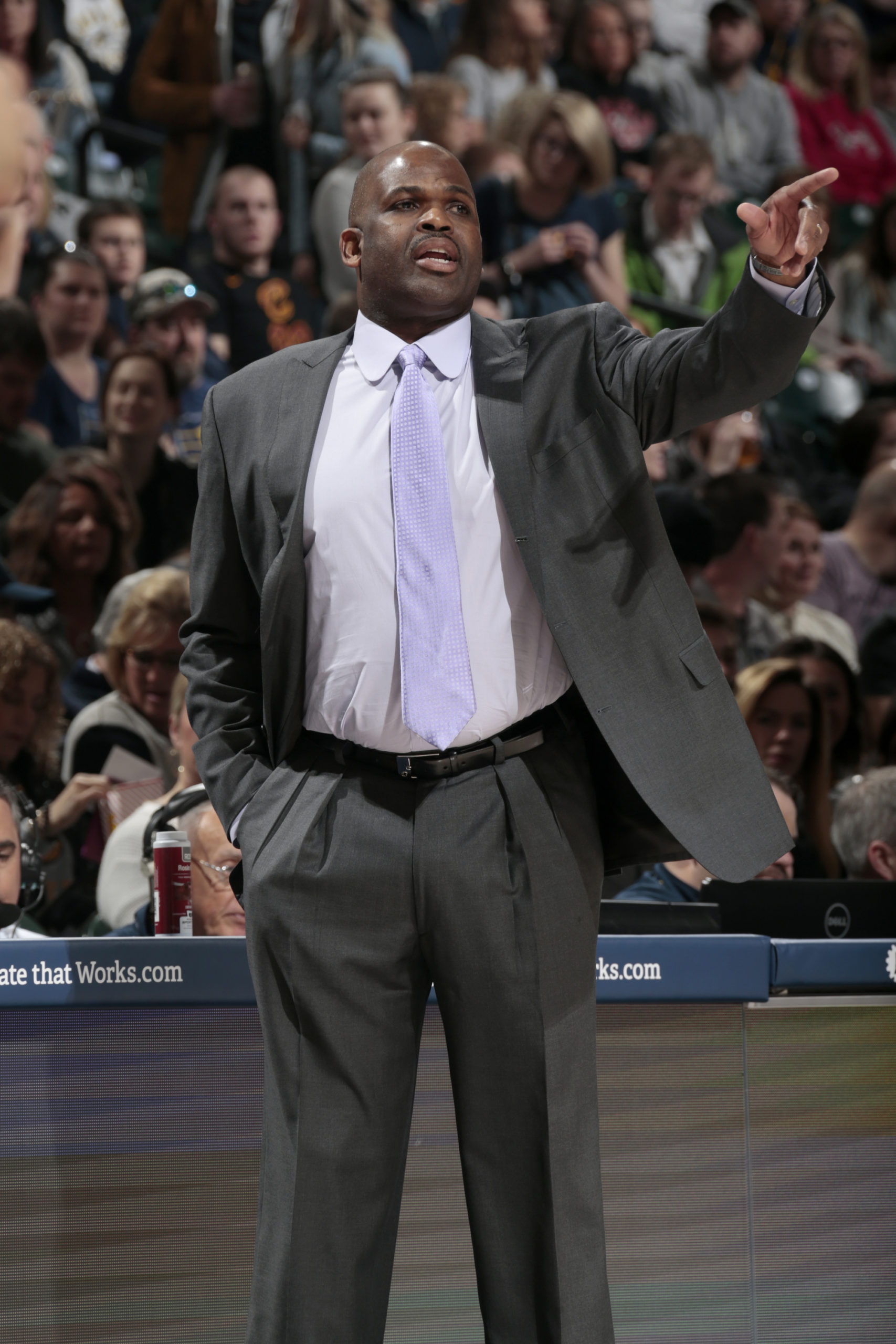 INDIANAPOLIS, IN – MARCH 23: Head Coach Nate McMillan of the Indiana Pacers during the game against the LA Clippers on March 23, 2018 at Bankers Life Fieldhouse in Indianapolis, Indiana. NOTE TO USER: User expressly acknowledges and agrees that, by downloading and/or using this photograph, user is consenting to the terms and conditions of the Getty Images License Agreement. Mandatory Copyright Notice: Copyright 2018 NBAE (Photo by Ron Hoskins/NBAE via Getty Images)

About the Author: Rudy Schouten