One of the most thrilling things I’ve ever done in my life was running the New York City Marathon last November. After years of trying to get into the race I was finally chosen from the lottery pool. Now let me explain exactlly what I am talking about here.

Most marathons are open to anyone who wants to register. Click the link, pay the money and you are in. There are a few exceptions. You have to qualify for the Boston Marathon by your age and your running time. Visit this link for the complete explanation; it’s tough. It is an honor to run Boston because of the difficulty of qualifying and the traditions of race weekend.  It is the oldest marathon in America and extremely prestigious. I have been blessed to qualify and run it three times.

New York is the world’s largest marathon at 55,000 participants and is the most coveted to get into. It is a notoriously selective system and includes a random lottery. For the 2018 marathon, 105,184 hopeful runners applied for the drawing; 15,640 were accepted. That’s less than 15 percent. I finally got in!

Marathon training is like a job and typically takes 16 weeks. You start with low mileage and build on that base until you are ready. I ran many days at 5 a.m. in the dark because that was what my schedule allowed. My long runs were on the hills of Fort Harrison State Park because New York is a hilly course. You have to prepare the legs for hills or you are at risk.

Preparing for the Marathon

I did everything right up to race day. I ate well and trained well and was ready. But the hardest part of the New York City Marathon wasn’t the 26.2-mile race — it was getting to the start line!

My bus from Grand Central Library in Manhattan took a wrong turn. We were so lost and so late that the Brooklyn Bridge was closed, and we couldn’t get across it to get to Staten Island where the start line is. After an emergency phone call to organizers we were told we had to get to the Staten Island Ferry or we wouldn’t make it.

We got there with five minutes to spare. What typically takes one-and-a-half hours took us four hours. I finally arrived at the start line on the Verrazano-Narrows Bridge just before 11 a.m. It was the last wave that could start. At least I made it! 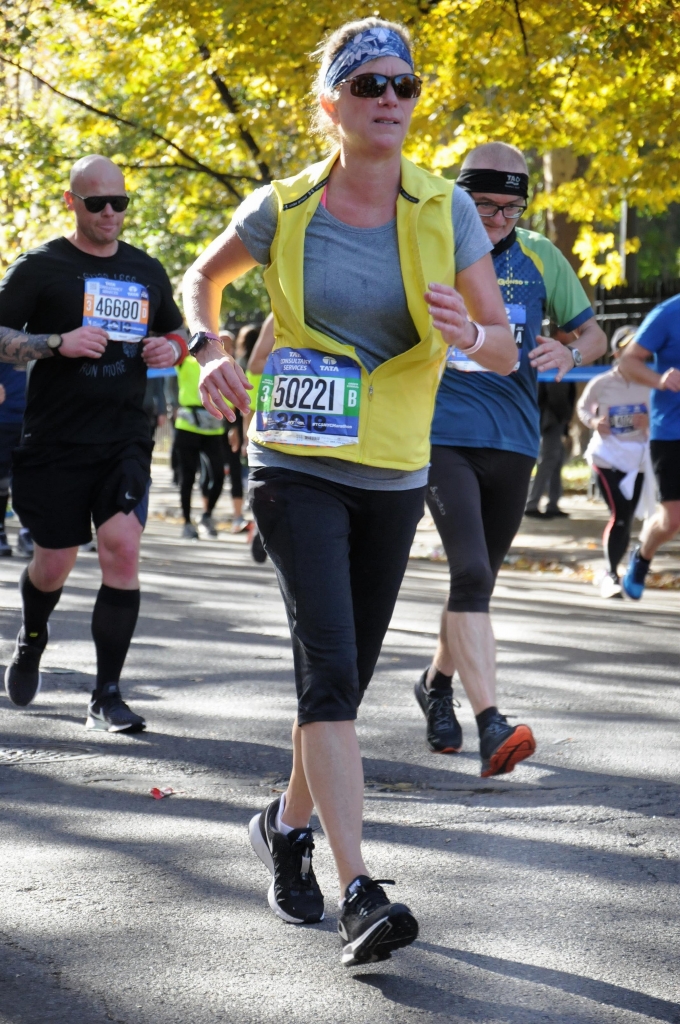 The course was a challenge, but the crowd support and entertainment were phenomenal I love New York! It was also a beautiful day with ideal temperatures. The marathon follows a scenic course and takes runners over five bridges and through all five boroughs. It ends in Central Park where we got our hard-earned medals. 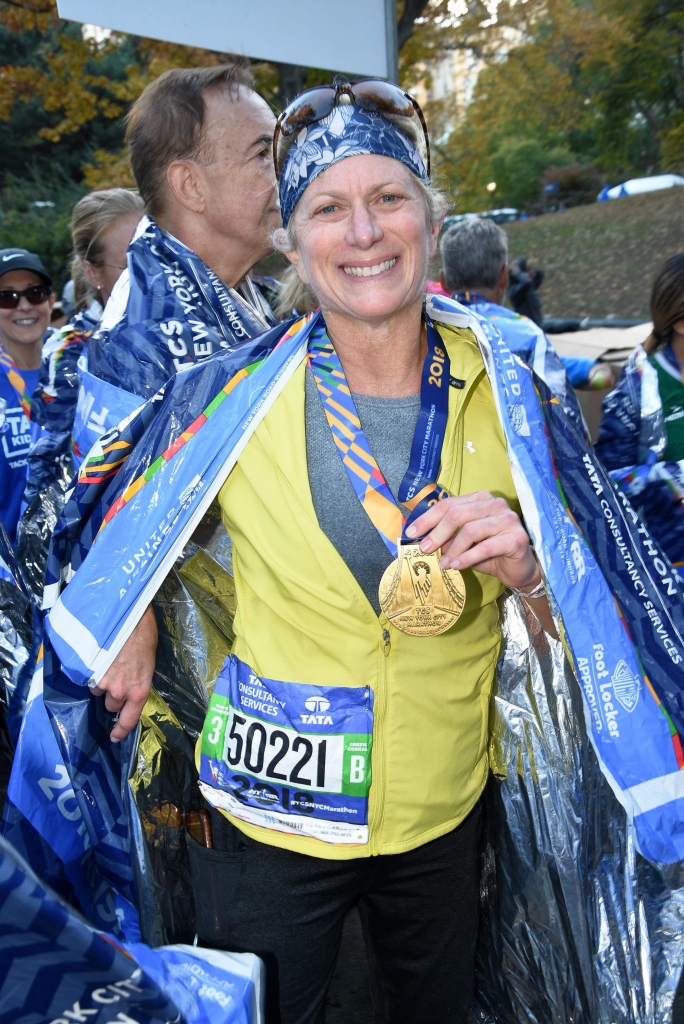 There was a record-breaking 52,812 finishers in the race. I was one of them. It was my tenth marathon and it was definitely my favorite, despite the race to the start line!