Know the Warning Signs of Alzheimer’s and Other Dementias

Indianapolis resident Katy Riley began noticing behavioral changes in both of her parents, John Gabbert and Paula Fugate. Little did Katy knew these were the warning signs of Alzheimer’s.

Warning Signs of Alzheimer’s and Other Dementias

Indianapolis resident Katy Riley began noticing behavioral changes in both of her parents, John Gabbert and Paula Fugate. They were becoming increasingly absent-minded, often forgetting to follow their no-sugar diets for diabetes or to eat altogether.

“I noticed a decreasing stock of food around Dad’s home, which told me that he wasn’t going to the store,” Katy recalled. “However, my mother was the opposite. She would have duplicates of uneaten things around her home.”

By 2015, both of Katy’s parents were diagnosed with Alzheimer’s disease.

Even with a family history of Alzheimer’s (Katy’s grandmother and aunt had previously died of the disease) and a background working in social service agencies, the diagnoses of her parents were new and unfamiliar to Katy because their initial symptoms manifested in different ways.

So, thanks to the attentiveness of Katy and her brother and other family members, John and Paula were able to receive their diagnoses early in the disease progression.

To help others identify problems early, the Alzheimer’s Association has created a list of warning signs for Alzheimer’s and other dementias. Individuals may experience one or more of these in different degrees:

“Because both of my parents are diabetic, they have a lot of medications,” Katy said. “But they began to have difficulties remembering where their medications were and what time to take them.”

“My dad would often become disoriented while out on walks within his neighborhood,” Katy said. “He would forget where he was, and his neighbors would have to help him find his way back to his home.”

“Dad started putting things in unusual places around his home,” Katy said. “One time, we found a large chicken breast he had been storing in his oven.” 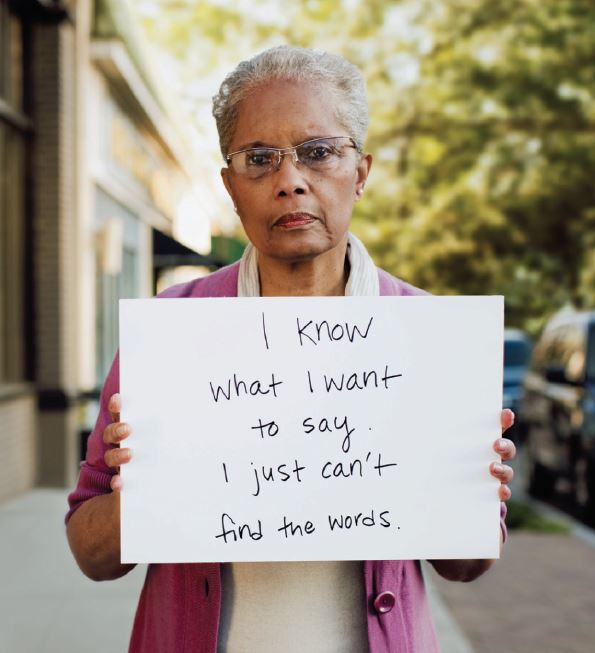 Katy recommends to those who receive a diagnosis of Alzheimer’s to educate themselves about the disease and what to expect; keep positive people around them who are willing to listen; and know that they are not alone.

“You’re not a bad person because you forget,” Katy said. “You are valuable, and life is good with you in it.”

See Your Doctor for an Early Diagnosis

So, if you or someone you care about is experiencing any of the 10 warning signs of Alzheimer’s disease, please see your doctor. Early diagnosis gives you a chance to seek treatment and plan for your future.

In conclusion, for advice and tips on how to prepare for a doctor’s visit, call the Alzheimer’s Association’s free 24-hour Helpline at 1-800-272-3900.