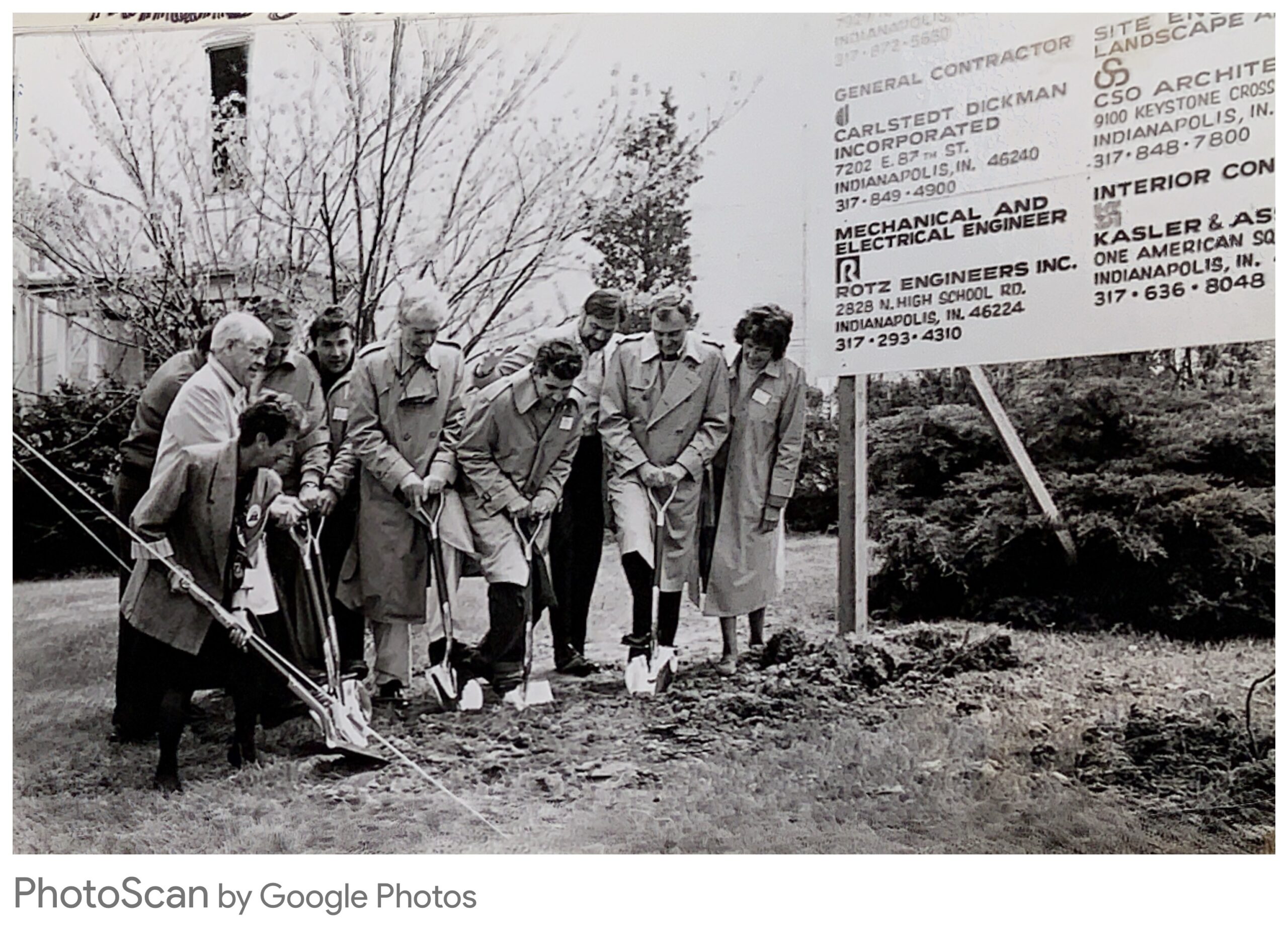 2020 will certainly be a memorable year for most folks, and we are no exception here at IndyHumane. For us, 2020 marks 115 years of serving the people and pets of Indianapolis. While our facilities, staff, and services have changed, our commitment to helping people and their pets has remained constant.

The Humane Society of Indianapolis was founded in 1905 by nine individuals who wanted to make a difference for those suffering. At the time, we took in abused and neglected pets, as well as women and children of abusive marriages and families.

Over time, our role in the community changed to focus on animals — including inspecting the health of livestock for sale at Indianapolis City Market — and moved into an office in the heart of downtown Indianapolis.

As IndyHumane expanded to serve more animals each year, the organization’s footprint in the city expanded, so IndyHumane’s leadership decided it was time to consolidate and establish a single location for all our operations.

In 1965, we purchased a small farm at the corner of 79th Street and Michigan Road from local legend Otto Ray. The farmhouse and several outbuildings — all larger than any location the organization had worked in previously — were converted to housing for homeless and abused animals. Dogs and cats were kept near horses, donkeys, and other barnyard animals, and just a few staff and volunteers took care of everything.

By the late 1980s, as Indianapolis became more densely populated, we were called upon less and less for barnyard animals and more and more for dogs, cats, and other domesticated pets.

A plan was put together to build a new shelter specifically to house and care for companion pets, and the facility as we know it today began taking shape. Construction lasted between 1989 and 1991, and the new shelter – with capacity for 300 dogs, cats, and small mammals – opened to a wave of excitement and community support.

Since then, we have utilized our shelter at 7929 North Michigan Road to add a variety of programs to serve the needs of shelter pets and our community. IndyHumane’s leadership realized the need to add more medical capacity to adequately handle the complex medical needs of shelter pets, and to better care for sick and injured pets in a shelter setting. We are now one of the only shelters in Indiana with an in-house medical suite where our staff veterinarians can perform spay/neuter surgeries, heartworm treatments, amputations and more, allowing us to take in animals in need of extraordinary medical care.

This campus also houses our public low-cost vaccine clinic, where pet owners can access preventatives, vaccines, microchips, and testing at a reduced rate, which helps loving families keep their pets healthy and in their homes.

While our organization has changed dramatically over the last 115 years, as has our city, our mission has remained the same: saving lives. We look forward to continuing to serve the people and pets of Indianapolis for another 115 years.

All photos are provided by IndyHumane.

About the Author: Hayley Wolf