How the Pandemic Is Influencing Homeowners 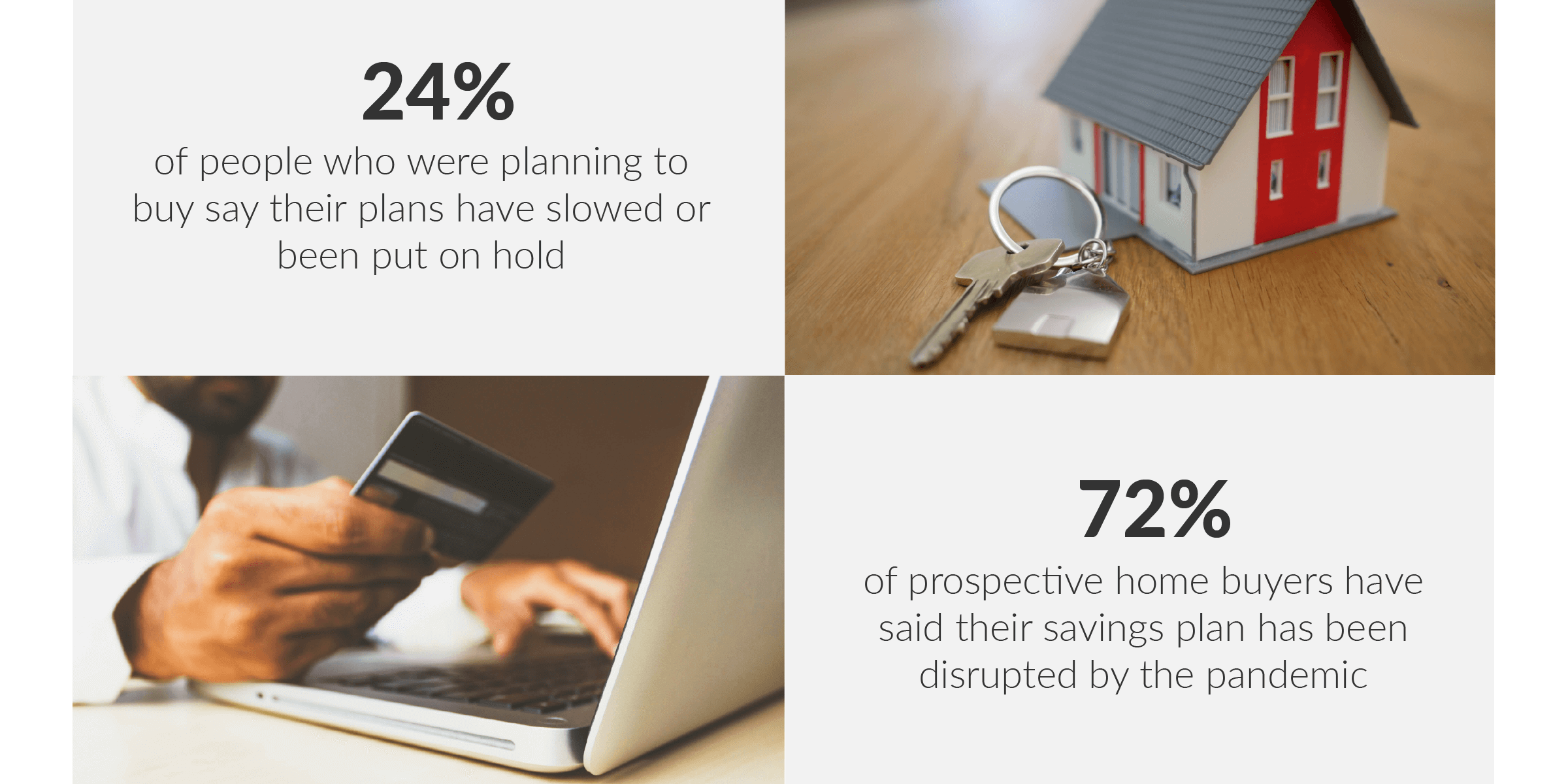 During the coronavirus pandemic, millions of Americans have felt their relationship with their home tested.

Whether it is because of remote learning, remote work, or simply having nowhere else to go, both space and functionality have been pushed to their limits for so many of us.

Many have embarked on home improvement projects to optimize their space and many Americans find themselves reflecting on long-term priorities and recalibrating their homeowner ideals.

ImproveNet recently surveyed 2,085 Americans to learn more about their attitudes and preferences related to homeownership and also what impact the pandemic has had on the homebuying process.

In this study, they explore how attitudes, ideals, and needs have shifted for homeowners and aspiring homeowners alike. No doubt, a spirit of change is in the air. In fact, 79 percent of those who were surveyed said all the change forced by the pandemic has inspired them to make other changes in their lives that may never have occurred.

They began by asking people about moving plans and buying plans. Four in 10 say their plans have not changed, but a majority of people report things have changed. Thirty-six percent say they either did not plan to move and now they are moving, or their previous moving plans have accelerated.

Similarly, 30 percent report that homebuying plans have either materialized or accelerated. But an almost equal amount have said plans are slowing down or are on hold. On top of that, 72 percent of Millennials and Gen Zers – basically everyone under 40 years old – who have been saving to buy a home say their savings plans have been disrupted by the pandemic.

That aside, the future looks bright for the real estate market as 54 percent of millennials and Gen Zers say they feel more motivated than ever to become homeowners, as a direct result of the pandemic. Across all generations, 52 percent say their interest in certain types of homes and/or locations has shifted since the beginning of the pandemic.

One of the things they were most curious about is how priorities have changed with respect to where and how people live. They were particularly interested to learn about the experience of younger people, those who either do not yet own homes or are early in their homeownership journey.

They also asked people how well their homes are functioning for them, and in what ways they wish their space better supported their current lifestyles. Spoiler alert: contrary to much of the attention its been given, home office space is not the top priority right now.

Finally, they waded into the city versus suburbs debate. Even though many people are entrenched on this topic and have strong preferences, they sensed that attitudes have softened as a result of the pandemic. They have – at least one in three people say their opinion of city living has lessened over the past year and almost four in ten say they feel more strongly about the suburbs.

They also asked both urbanites and suburbanites what they thought of the long-term prospect for bit cities. 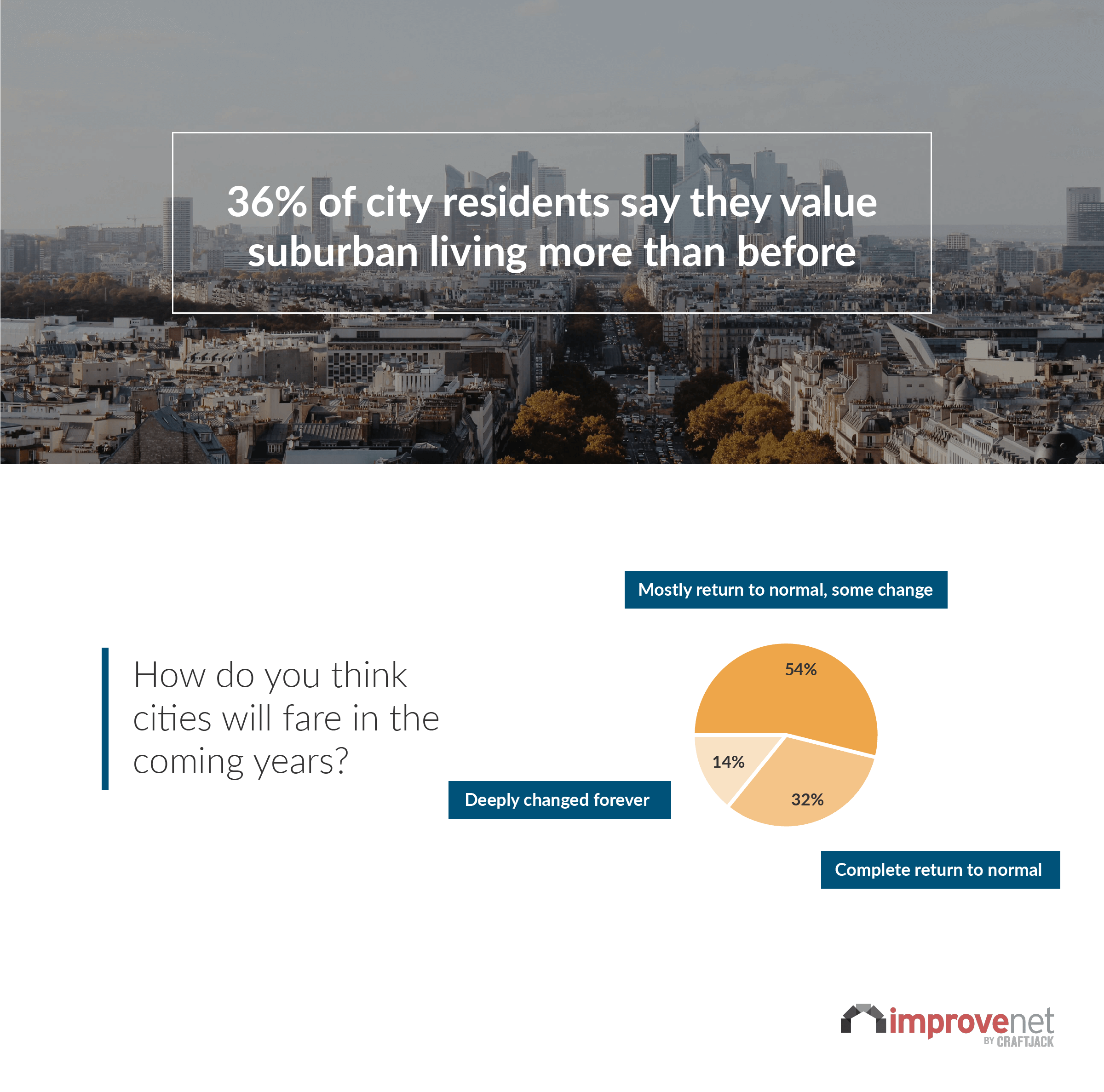 From January 19-31, 2021, we surveyed 2,085 Americans about their attitudes and preferences related to homeownership. The gender of our respondents was 55 percent female and 45 percent male, with an average age of 38 years old and a range of 18 to 68 years old.

About the Author: ImproveNet