Farm Documentary for Hoosiers This Summer 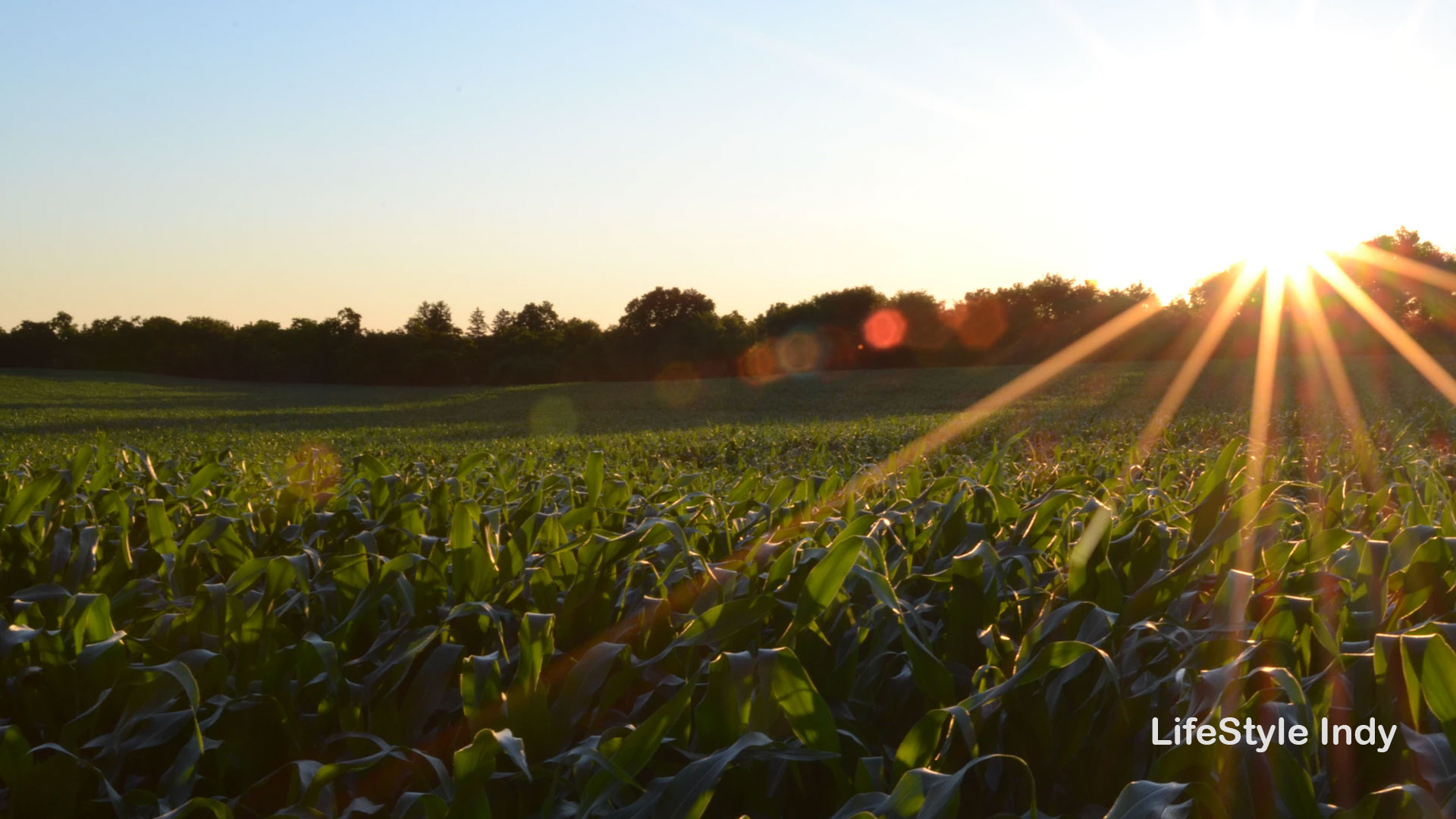 The fun of watching a farm documentary for Hoosiers and everybody else “The Biggest Little Farm” is to witness the succession of victories and setbacks.

Farm Documentary for Hoosiers This Summer

“The Biggest Little Farm” is a documentary that viewers – be they farmers themselves or just backyard gardeners – may well enjoy, especially now that warmer temperatures draw people outdoors here in Central Indiana and across the country.

John and Molly Chester were a seemingly normal young couple living in a two-bedroom apartment outside of Los Angeles in 2010. John was a photographer and cinematographer. Molly was a chef specializing in farm-to-table recipes. Molly strongly believed that food quality was dependent on how it was farmed. She had a dream to manage and operate her own farm. But that was it – just a dream.

Then John and Molly adopted a dog they named Todd. Poor Todd barked all day long. Neighbors complained. And nothing worked. No bark collar was going to keep Todd from his incessant barking. Eventually the Chesters were evicted from their apartment. Now, most of us would have found another home for the dog. But John and Molly had made a promise to Todd – that this home would be his last. They used the eviction as their opportunity to pursue Molly’s dream of owning and operating their own self-sufficient farm.

Known as Apricot Lane Farms, John and Molly sought the help of a man named Alan, who specialized in small, multi-crop, family farms. Alan taught the Chesters what fruits and vegetables to plant, what livestock to purchase, and how to make a buck in this racket.

John Chester made a documentary about his and his wife’s pursuit. “The Biggest Little Farm” is one of those pictures that somehow got lost in the shuffle of all the great 2019 documentaries. But unlike last year’s films about Linda Ronstadt and “Fiddler on the Roof,” most of us don’t know thing one about starting and maintaining a family farm. Funny thing is, neither did the Chesters.

And Alan was the “odd duck” type of guy you wouldn’t bet the family farm on, so to speak. With his unkempt fly-away hair and an offbeat voice that didn’t instill confidence, Alan would be played by Jack Nicholson if the Chesters’ story were to be scripted and cast. But he was their only hope in bringing Molly’s dream to reality.

The fun of watching “The Biggest Little Farm” is to witness the succession of victories and setbacks. As soon as their sow Emma finally breeds a litter, a coyote kills a majority of their hens. When John solves the coyote problem, Emma takes ill. And so goes the farming lifestyle. It’s obviously not for everyone. In fact, it’s not for most of us. But it’s certainly entertaining to join the Chesters on their difficult but rewarding journey.

My only complaint with “The Biggest Little Farm” is the lack of attention given to the business side of their endeavor. Most of us couldn’t simply pick up and move from a small apartment to buying the acreage necessary to support a farm. Where did their funding come from? John’s narration mentions investors in passing. But we never meet these investors. They remain nameless and faceless – as if their inclusion would bore most filmgoers.

By contrast, I don’t see how “The Biggest Little Farm” could be considered a complete picture of the Chesters’ enterprise with the exclusion of the business aspect of the farm. But we never see any board meetings; we never see John and Molly report to any shareholders. It’s as though their funding simply fell out of the sky, like the torrential rains that occasionally provide difficulty for the livestock.

We see an array of devoted farmhands working for John and Molly. But how are their salaries funded? Is money ever a concern for the Chesters? We know it must be. How can it not? But it’s never mentioned. And the elimination of any and all reference to funding is the proverbial elephant in the room. It’s the one big unanswered question that makes “The Biggest Little Farm” incomplete.

Don’t get me wrong. The wildlife footage is at least as good as that of any nature show on PBS. The agony and joy of running the farm is exciting to watch. But we must know more. “The Biggest Little Farm” doesn’t make farming look easy, per se. But it makes farming seem within our reach – that any of us could drop everything and become farmers. We know that is not true. But the Chesters don’t tell us differently. We see them climb the ladder from the bottom to the top. But too many of the rungs are missing along the way.

About the Author: Andy Ray

Contributing Writer. Andy Ray‘s reviews also appear on http://youarecurrent.com/category/nightandday/film-reviews/ and he serves as the radio film critic for https://lifestyleindy.com/radio.