Caves in Indiana – What Lies Beneath 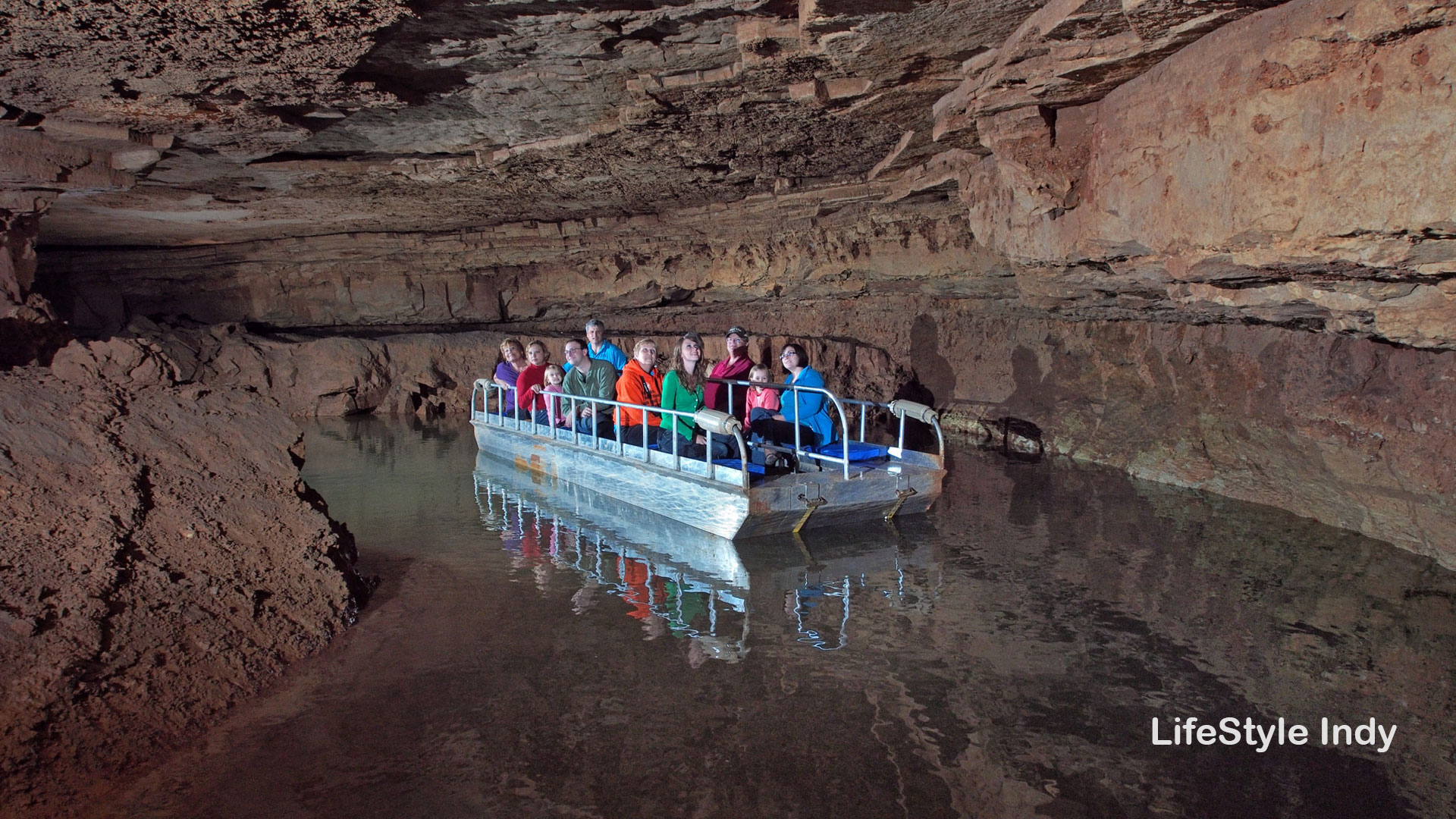 Did you know you could venture under Indiana to discover a world of caves and caverns? Southern Indiana is home to some of nature’s most amazing treasures – over 4,000 known Indiana caves, stretching hundreds of miles beneath the surface of the Hoosier state.

Get your passport for Indiana Caverns, Bluespring Caverns, Squire Boone Caverns and Marengo Cave, which make up the Indiana Cave Trail. Touring all four will allow you to see how different caves really are.

Indiana Caverns in Harrison County is Indiana’s longest cave. It’s is known for its ice age bones of many different animals during the Ice Age. These caverns are also versatile. You can take a walking tour, along with an underground boat ride, and you can catch a glimpse of a 35-foot waterfall. For those seeking a little more adventure, there’s a new deep-darkness tour, where you can experience the lower level of the cavern.

The Underground River in Bluespring Caverns

The underground river in Bluespring Caverns will allow you to see the cave from a boat. You’ll find native blind cave fish and blind cave crayfish living in this dark world in the waters of the Mystery River. At Bluespring Caverns Park near Bedford, you won’t want to miss the view of Indiana’s largest sinkhole. You can hike the half-mile trail around the sinkhole, discovering the surface effects of the caverns formed below.

Squire Boone Caverns allows you to get up close to all kinds of formations and see underground streams. This cave is perfect for exploring the growing ecosystem below the surface. Rushing streams and underground waterfalls carry more than a million gallon of water t

hrough the caverns every day. While you’re visiting, check out Boone’s Mill, an Indiana Historic Site. The mill was restored in the early 1800s and still works today. It’s powered by the water flowing from the caverns, and there are demonstrations throughout the day. 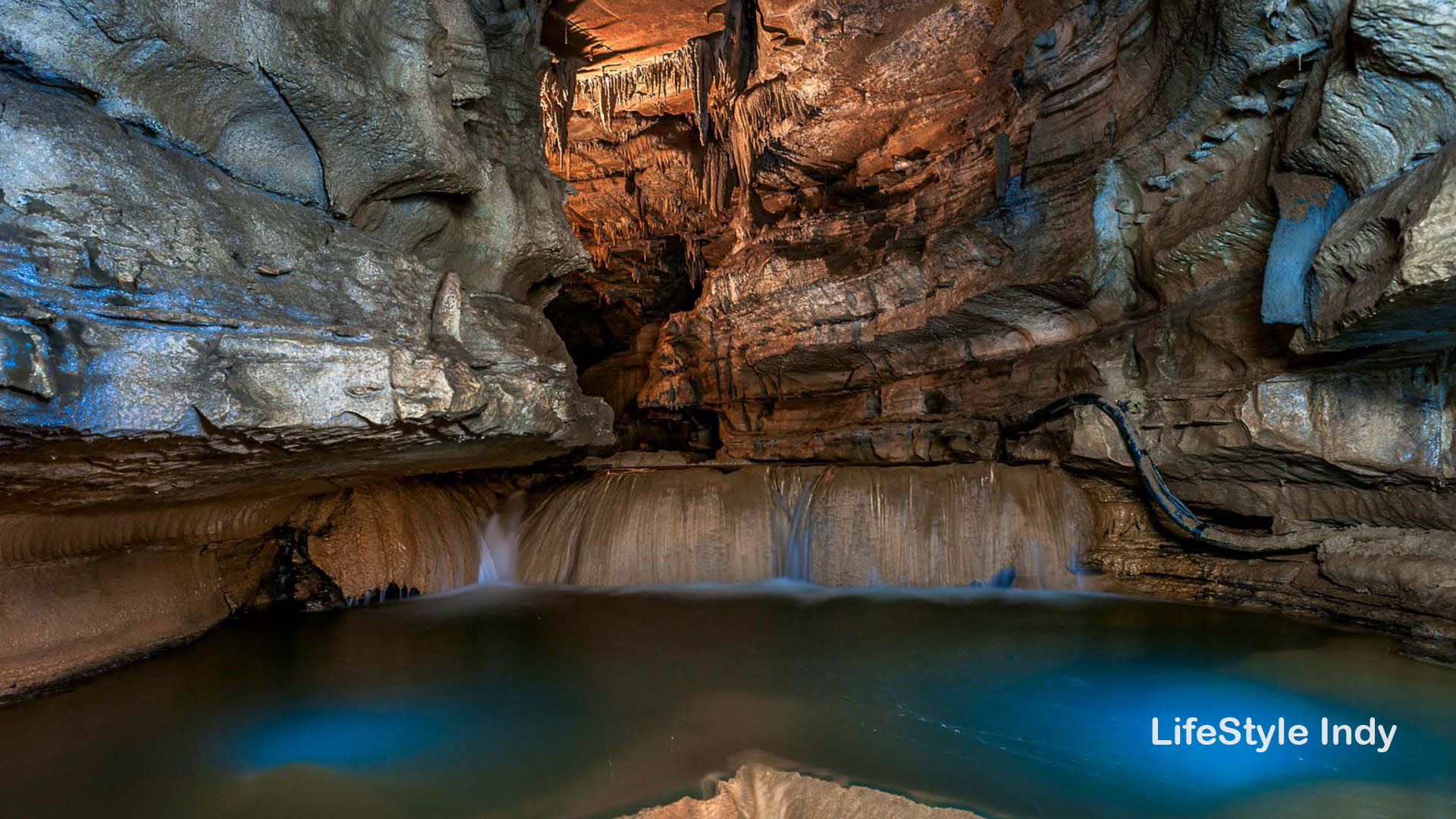 Get transported to another world, like to Crystal Palace or Sherwood Forest. Marengo Cave is quite the natural attraction and also a national landmark. The caves here offer large rooms and an abundance of beautiful formations, great for a walking tour. You could also get muddy if you do the waterfall crawl or if you go beyond that, you’ll discover some of Indiana’s largest underground passages.

The Indiana Cave Trail takes at least two days to conquer. Get your passport at the first cave you visit and when you’ve been to all four caves, you can get your trail T-shirt.

About the Author: Amy Howell