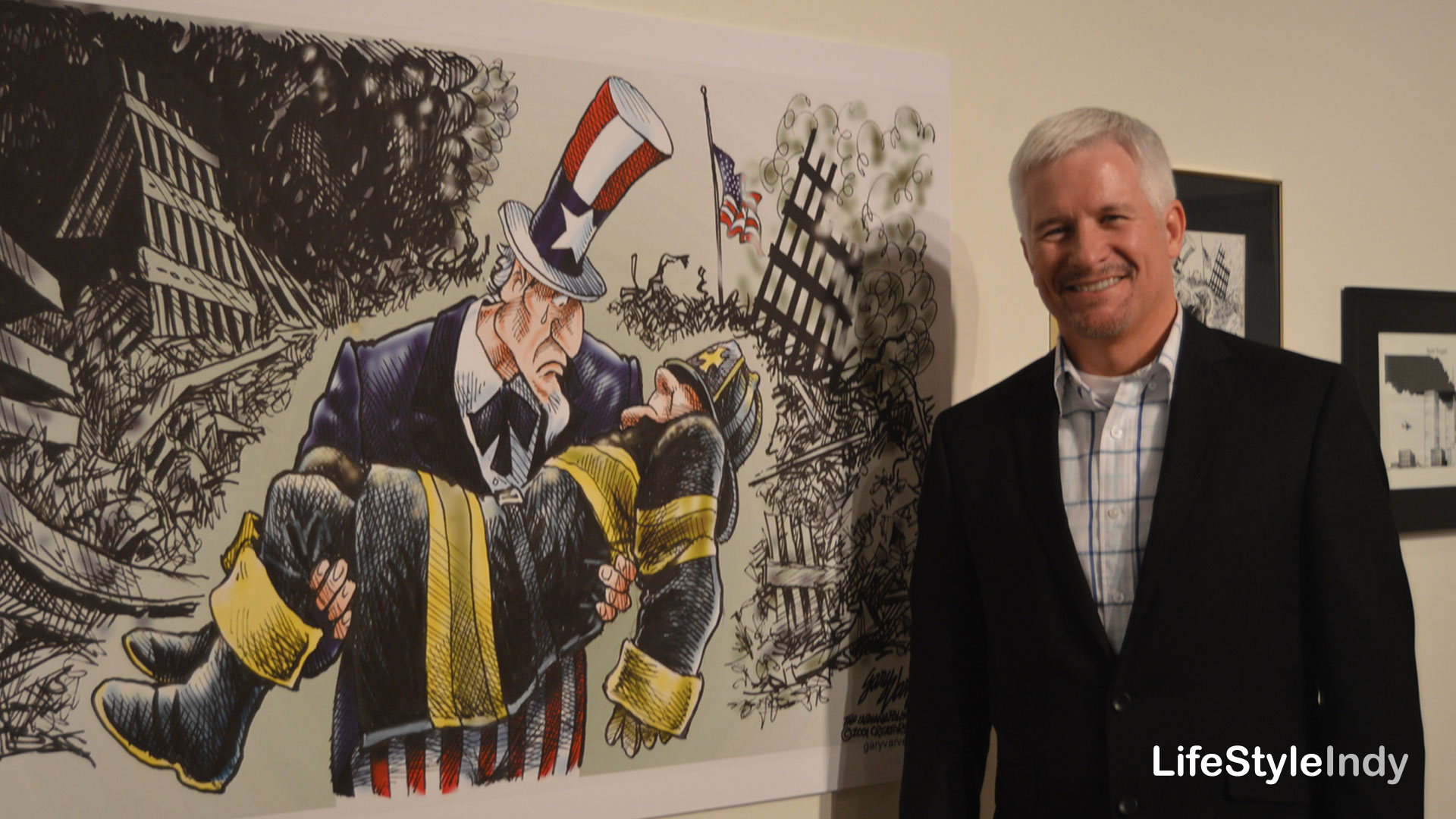 Editorial cartoonist Gary Varvel cites two seemingly dissimilar sources as key inspirations in his life: the Bible and Mad Magazine. In his youth, he poured through Mad and copied many of the drawings he found inside. As an adult, he credits the Bible for showing him how to live. These two influences, along with studying the work of other cartoonists, have contributed to his award-winning work appearing in syndication in more than 100 publications.

Today, he works for The Indianapolis Star and is one of only about 40 full-time editorial cartoonists in the nation.

The Job of a Cartoonist

“The job of an editorial cartoonist is simple — to make readers think, get mad, laugh and possibly persuade them to a point of view, all in one drawing,” Varvel said. “But depending on the subject, humor isn’t always the right tool. An example of that is 9/11 and all the terrorist attacks since then.”

In fact, his most well-known cartoon stems from the aftermath of the bombing of New York’s World Trade Center in 2001. His depiction of Uncle Sam carrying an injured firefighter amid the destruction resonated throughout the world.

For the most part, however, Varvel’s sense of humor and political leanings are evident. His work reflects the imagination of “a small-government type of guy,” he said. He doesn’t shy away from using the labels of “conservative” and “Christian” in describing himself. He also isn’t afraid of “pushing the envelope.”

His ideas for cartoons are mostly self-generated. For inspiration, he spends a good deal of the morning reading the scripture and listening to the morning news programs. Then, he reflects on his opinion of the day’s news. However, an occasional suggestion from a reader makes it into his work.

Other Ventures of the Cartoonist Gary Varvel

He has also ventured into creating other works. Along with his son, he co-wrote the Christian-focused movie, “The War Within,” which focuses on the internal struggles of a man facing life’s crises. Plus, he has published a children’s book, “The Good Shepherd,” written to help explain a Christian’s view of death.

Some of the positive reactions he has received from these recent works have been extremely rewarding, he said. One man wrote to say that the movie changed his life for the better. “Awards are great to get, but that type of response is even better,” said Varvel. “That’s when you know you have made an impact.”

About the Author: Terri Horvath