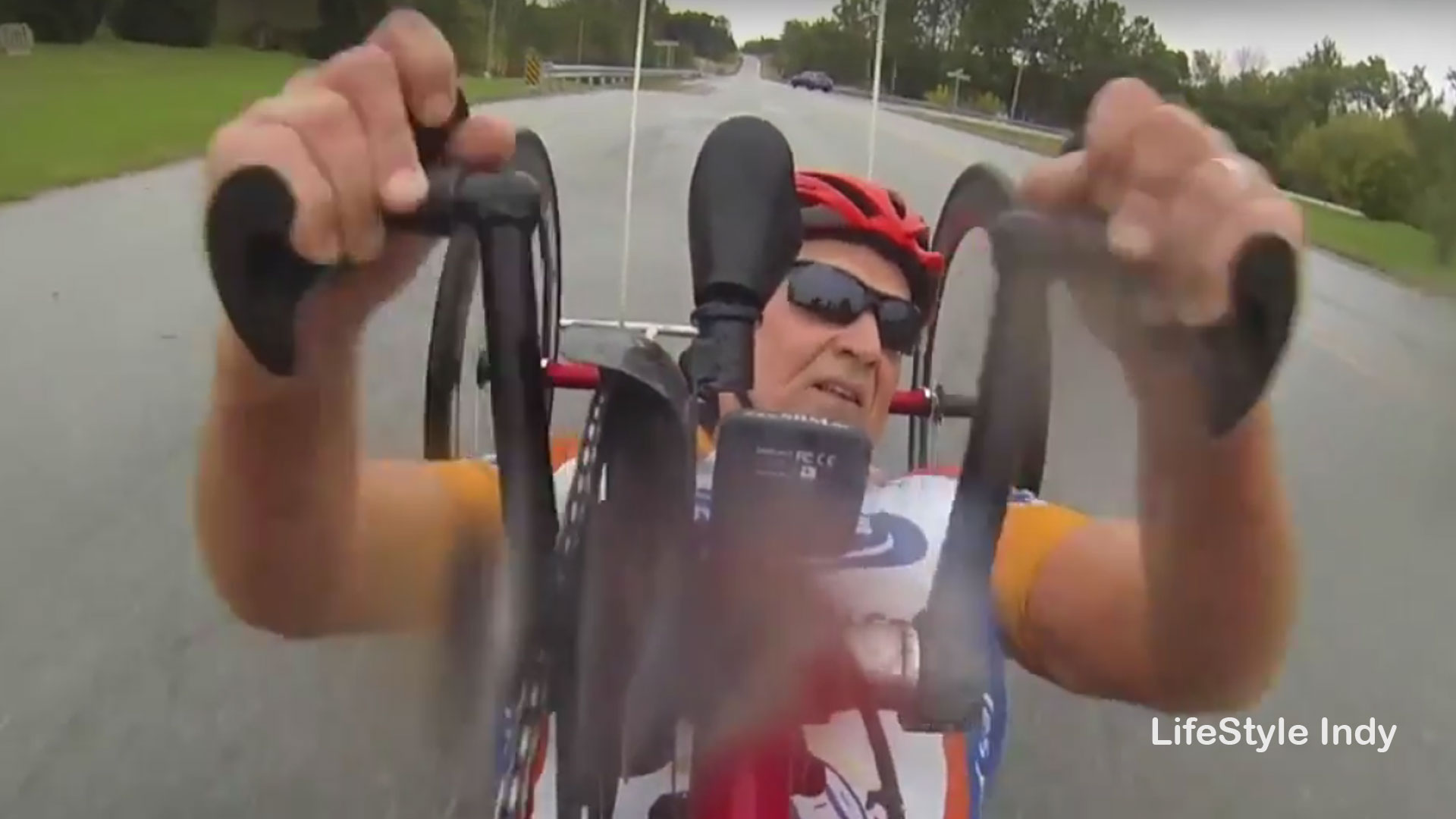 Accomplished athlete Butch Martin was in his late 20s when he suffered a terrible work accident that paralyzed him from the waist down. Exactly one month later, he participated in his first wheelchair race. After that first race, he was hooked. “We’re finding that sports and recreation is a huge part of someone’s rehabilitation of an injury or catastrophic illness,” says Martin. He convinced his insurance company to cover a road-racing wheelchair to help with his mental attitude, and he received that before his everyday wheelchair.

Butch trained and then gave that wheelchair a 26.2-mile spin, completing his first marathon. Then he registered for the 500 Festival Mini-Marathon. In the early 80s before the wheelchair division became mainstream, his entry was rejected. Fortunately, within a couple of years the 500 Festival committee adopted a more inclusive mindset and allowed Butch and fellow wheelchair athletes to participate. The field grew and eventually the race offered prize money to the wheelchair athletes like they had been doing for the able-bodied participants.

Butch went on to win 15 Mini Marathons in the wheelchair division. He recalls about those glory days, “If you go back and look at the records, you won’t see that many wins recorded because I was an unofficial participant. But I know I did it and I’m very proud of that accomplishment.” Butch has remained active in the sport of wheelchair racing for the past 30 years. He’s watched the sport grow and the technology change. He is considered a pioneer in the sport.

In 2009, the unthinkable happened. Butch broke his back, in part due to the physical strain he put on himself during all that training and racing. He now has some artificial vertebrae and some fusing. Because of those procedures on his back, Butch had to switch to a hand-cycle wheelchair. He quickly found out he was pretty good at that too. He proceeded to win two national championships in hand-cycling. He did it besting all in the field including participants in their 20s and 30s!

Butch is a busy Boomer. He is married and has two young children. He travels for his job, but he tries to work out every day. He is disciplined and puts in 200 miles a week. A typical 25-mile workout around neighboring streets lasts about an hour and 10 minutes. Once a week he will do a longer 40-mile ride.

Butch tells me how he stays so positive: “You know I will tell you that I have a very deep faith that has a lot to do with what makes me who I am. I’ve got wonderful family and great friends and life is good, you know? I mean we all have our crosses to bear, but you’ve got to look past that. You’ve got to pick out the good stuff in life and let that override the negative things that have happened.”