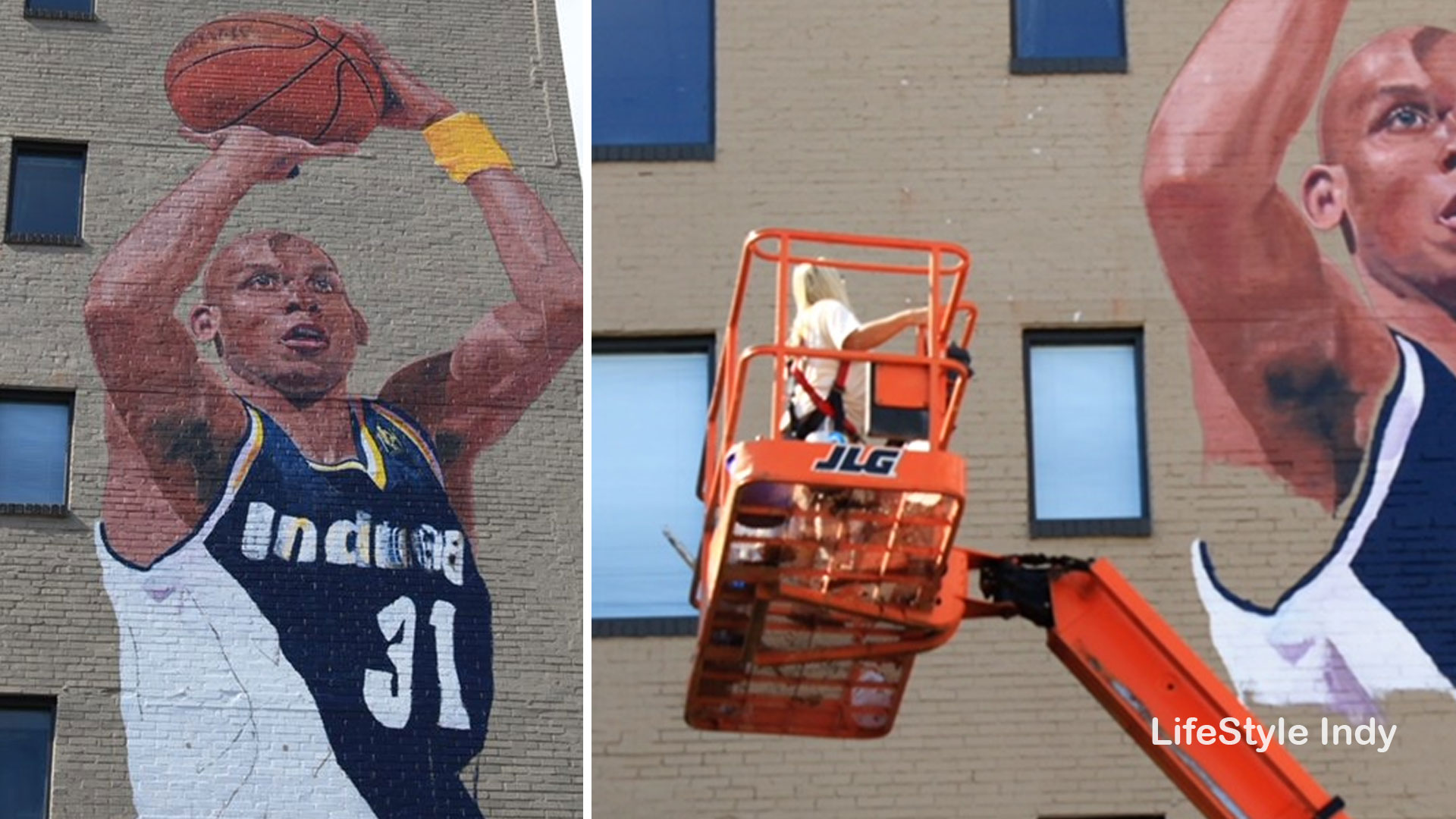 Some Hoosiers are larger than life and when it comes to capturing those Indiana icons in a big way, artist Pamela Bliss has proven she’s up to the challenge.

Bliss is the brush behind a number of large-scale murals including Kurt Vonnegut at 325 Massachusetts Ave., the six-story depiction of Pacers legend Reggie Miller at 127 Michigan St., and the Jazz Masters of Indiana Avenue at 332 N. Capitol St.

The New Castle native whose work can be seen throughout the state is currently painting in California. In 2017, Bliss was one of 10 U.S. artists invited to Gdansk, Poland, in order to work on the feature film “Loving Vincent,” which featured more than 65,000 frames which were painted.

“Have paint, will travel,” she said.

Bliss said her realistic style was heavily influenced by Leonardo da Vinci, who she discovered when she was age 4. She spotted an image of the Mona Lisa in an article and was immediately drawn to the comely woman with the mysterious smile.

“My mother told me it was a painting by da Vinci, but since my parents were not into the arts and didn’t educate me any further, I thought he was the only painter in the world,” she said.

After graduating from Lincoln High School in Cambridge City near New Castle, Bliss attended Indiana University where she earned a bachelor’s degree in art and a master’s in art administration. In 1997, she was commissioned to create her first large-scale mural in Richmond to commemorate the city’s jazz heritage and the rest, as they say, is history.

“My career took off from there,” she said.

Naturally, creating something so large is not easy, but Bliss knows how to rise to the occasion, sometimes with the help of her daughter who followed her footsteps into the art world. First, she seeks permission from the appropriate authorities: in the case of the Miller mural, this included city zoning, the NBA, the Pacers organization, and Miller himself. Bliss operates a boom lift to draw the image onto the wall. Afterward, she fills it in with outdoor paint, then goes back and adds the details.

“I do lots of measuring to get the scale right, but I also have to get down many times to observe and then go back up to make corrections while it’s still in my head,” she said.

Pacers announcer Mark Boyle was among the 100 people who attended the unveiling of the Miller mural in December. He noted that it is a wonderful tribute to a legendary player as well as a great time in franchise history. “It’s very compelling and beautifully done,” he said. “When it comes to prominent figures who have had an influence on the city, Reggie is on a very short list.”

Although Miller was unable to attend the unveiling due to the wildfires in California, Bliss said he is ecstatic about the tribute and plans to see it in person sometime this year.

“He thanked me for making his ears true to size,” Bliss joked.

About the Author: Julie Young